About pictures of skyscrapers

However, skyscrapers kept Olga busy. She took a few shots of Business Central Towers on the way home and had to run through many angles to get the combination of close-ups and long shots.

Lacking a tripod, she had to use a disposable coffee cup as a prop to hold the camera. Night shots require slow shutter speeds, which means the slightest movement of the camera could ruin the shot.

After the camera has been secured, it's time to guess when a car will pass by to leave elongated traces of light in the shot.

It took me about 10 tries to get the exact same shot with the right exposure and composition. 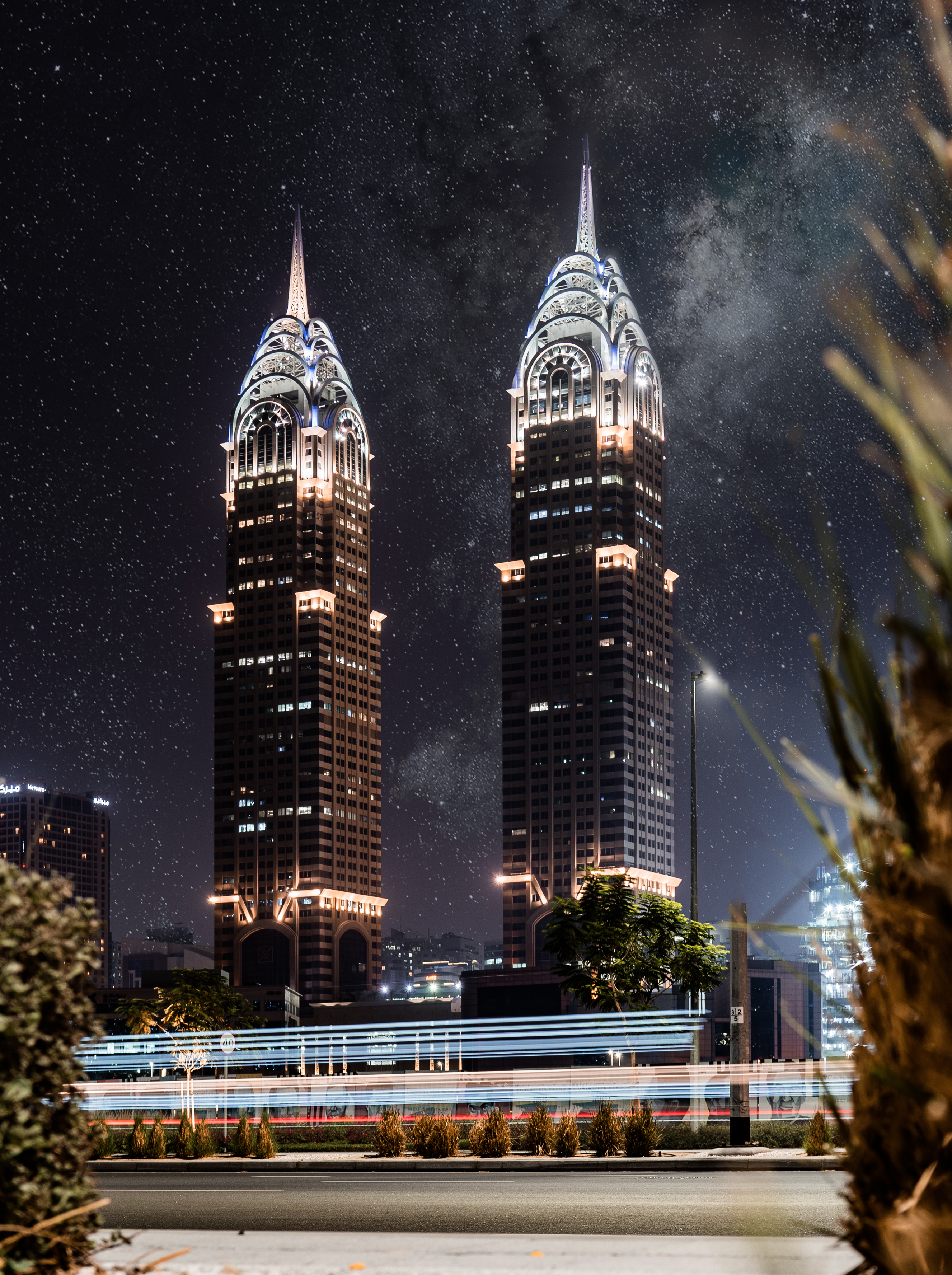 What do you think?

Scroll down to my socials 👇